These switches were originally released by C3Equalz as their “Macho Switches” in early 2020. They were re-introduced as TKC’s “Banana Split Switches” in September of 2020 in the US market, starting their “Snack Time Switch Line”. TKC’s 3PM drop was mildly successful, selling out in a few hours. The 9PM drop, however, was still in stock 12 hours later, at 9AM. 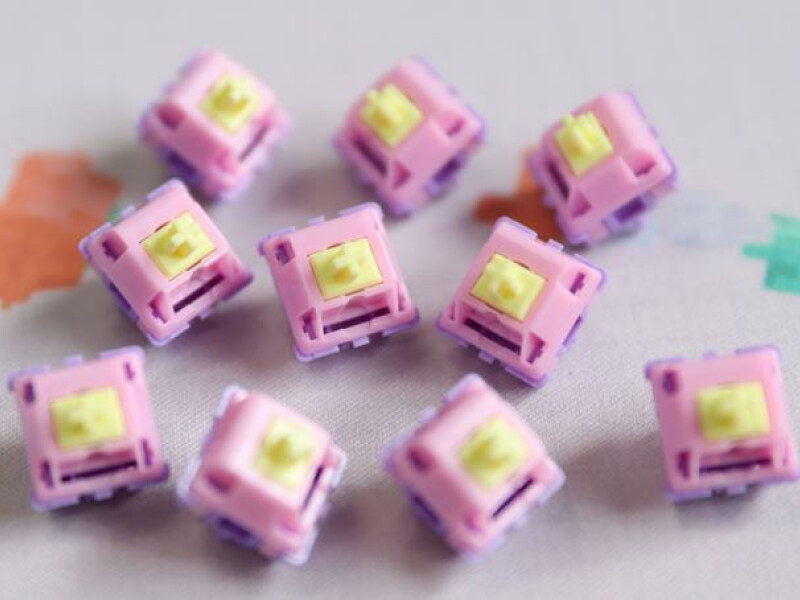 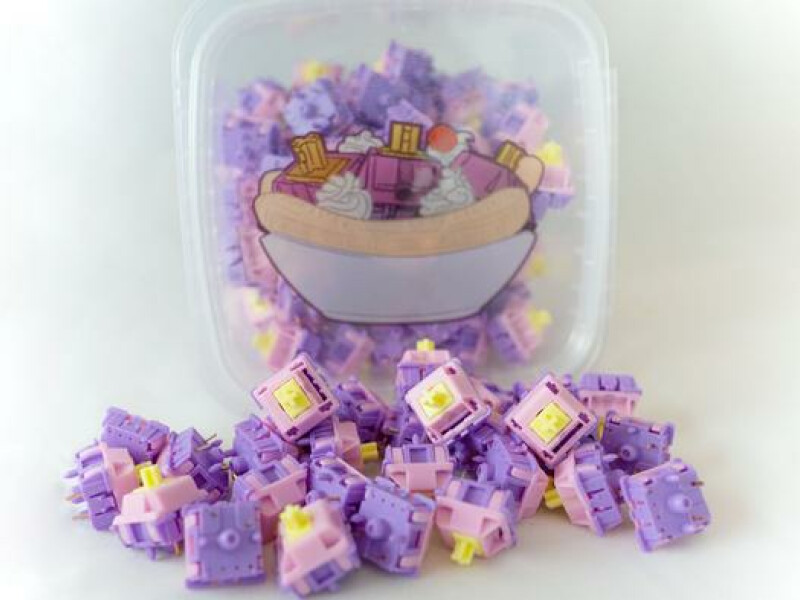 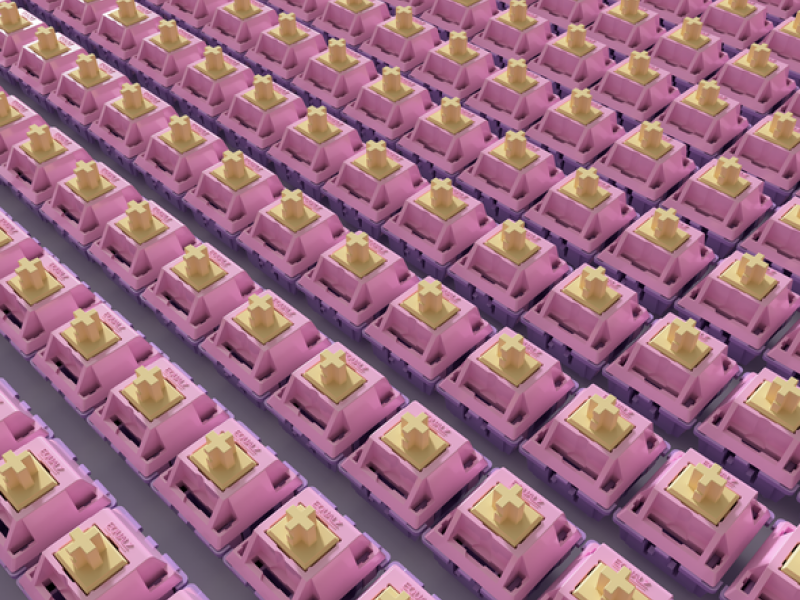 Linear switches have a smooth and linear feeling from top to bottom when pressed.

normal
Standard switch with no dampers, can be further silenced with lubrication or O-rings.

Volume is similar to other JWKs. In comparison to Tangerines, they are slightly clackier and lower pitched.

Yes, this switch in particular is vastly improved when switch films are used.
Why use switch film? Here's a good explanation and a great demonstration.

More info on films and Thicc films by Jinra.

The stem on this switch is of the standard variety.

Want to try this switch out for yourself?

Small disclaimer: This is an affiliate link. Switches.mx receives a small commission if you make a purchase after clicking this link. This helps us to cover costs and support us :)
Regardless, we highly recommend Mechbox for your switch needs, and encourage you to support Mechbox.

from... $0.65
These prices are subject to change at any time and should be used only as a rough guide (plus, quite often switches are not sold individually and can sometimes include discounts for larger quantities).

This information is not automatically updated.

Found a bug or issue?

Want to get in touch?